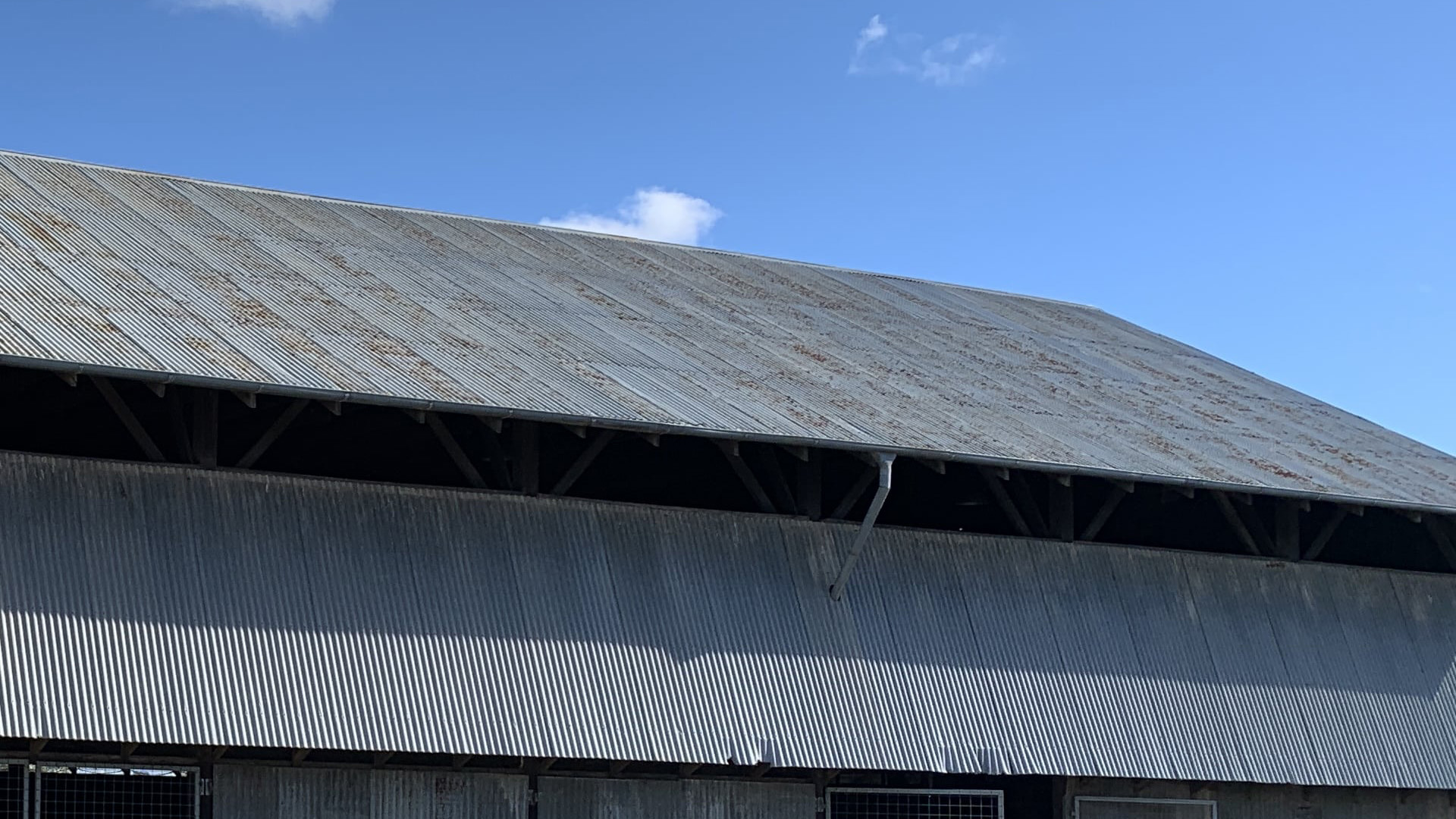 The Jondaryan Woolshed is proud to be one of the oldest and largest woolsheds in Australia. A stately monument, it celebrates the rich, cultural and pastoral history of the Darling Downs region.

The story of the Jondaryan Woolshed began in 1840, and at the time, the station was called Gundarnian, which in the local Jarowair dialect translated to Fire Cloud or Place of the Fire Cloud. For the first 17 years, it changed hands seven times, and little development was carried out.

From 1844 to 1846, Australia was experiencing a rural recession, and consequently, in 1845, the first station owner, Charles Coxen was forced to sell to James Andrew and banker businessman, Robert Campbell. It was at this time that Managing Partner, Andrew decided to change the name from Gundarnian to Jondaryan.

The original shearing shed built on the station in 1847 was burnt down in 1849 by striking shearers. They were angry at the intolerable working conditions, treatment and refusal for fair wages. A second small shearing shed was built in 1850.

The station changed hands twice more before it was taken over by a partnership between William Kent and Edward Weinholt in 1858. Kent was the senior and managing partner, and he was responsible for constructing the infrastructure and developing Jondaryan into the showplace it was to become. The iconic, heritage-listed Woolshed that stands on the grounds today commenced construction in 1859. Approximately 5,000 sheets of corrugated galvanised iron were used to roof the vast shed, and it was constructed out of hand-hewn Ironbark timber, with whole trees being used to support the structure. It was completed in 1861, and the first shearing was carried out that year.

The Woolshed was designed by James Charles White who was the manager of Jondaryan Station. He also designed St Anne’s Church and various station buildings. The timber slab building was considered the finest in its time and cost £5,000 to complete. At almost 300 feet (90 metres) in length, it boasted 52 shearing stands and could hold 3,000 sheep under cover.

James White originally planned a shingle roof for the Woolshed but changed it once he learnt about the new invention, galvanised iron. The Woolshed had a canvas roof until the corrugated galvanised iron arrived in 1862.

At the end of the first shearing in the new Woolshed, the station hosted a Shearers’ Feast to celebrate and to farewell Station Manager James White, who was leaving. The three-day event featured horse racing, foot races, novelty events and competitions as well as a feast and a ball. It was so successful that White’s replacement made it an annual event and the Shearers’ Feast became a major social event for the district.

In 1863 the station was purchased for £108,000, ($4,320,000 in today’s value) and it had finally become a profitable business. A shearer’s quarters complex was built to house and feed 100 men, followed by a station store, a butcher’s shop and a hide and tallow house.

In 1864, the last 40,000 acres of land was purchased and added to Jondaryan Estates, bringing the property to 300,000 acres. Jondaryan became the centre of an empire of stations across southern and central Queensland. Today, the architecture still exudes character, charm and tradition and is a wonderful impression of all things Australian and is still considered grand in its design. By 1873, 250,000 sheep were being shorn each season, with shearing being carried out during spring and summer months.

The breakup of Jondaryan Station into small farms began in 1880. At the time sheep numbers at the station started to reduce; however the numbers going through the Woolshed didn’t. Farms running sheep were all shorn in the Woolshed. In 1890, the Woolshed was converted to machine shears, but only 36 stands were converted, with the remainder being retained as blade sheers to sheer the rams and stud sheep.

In 1890 another major innovation occurred with the introduction of large-scale broad-acre farm machinery. As the land across the Darling Downs was put under the plough, sheep had to move out. Unable to compete with crops grown on the rich black soil plains, sheep numbers reduced rapidly as they moved west to poorer country.

In 1894, the old Kent and Weinholt partnership was dissolved, and Jondaryan Estates came under the control of a family Property Limited company, to take in the children of the families. The whole of the Woolshed’s infrastructure was used for the last time in the mid-1930s, but shearing always continued in the shed on an ever reducing scale.

The final breakup of the station occurred at the end of 1945 when Darian farm was cut off the homestead block bringing an era to its end.

For the residents of the district, the Woolshed had always been part of the landscape, but no one knew its history. It stood on the side of Bloodwood Hill overlooking Oakey Creek, and no one took much notice until 1972 when the school in Jondaryan celebrated its centenary. The committee organising the celebrations, wanted to a grand ball like they had in the old days.

The event sparked such great interest that it couldn’t be held in the town hall. It was suggested to relocate to the wool-room of the old Woolshed, a very fitting place given the history. When committee members inspected the wool-room, they found that the floor had collapsed and was unusable. Despite facing a significant barrier, a passionate and determined team of volunteers from the local farming community came together to pull up the floor, level the joists and replace the boards. It was far from a perfect dancing floor, but it was safe and usable.

On the night of the ball, more than 1,100 people packed into the wool-room, and for most, this was their first glimpse inside the Woolshed. All were overcome by the atmosphere of the old shed, and the feelings of past events pervaded their senses. What began as a feeling, quickly blossomed into a desire to see the old Woolshed preserved for the future.

The passion for transforming the old Woolshed culminated in Lorrie and Lyn Rutledge to give the building and its 12 acres to the people providing they were committed to preserving it for the future. This gift was accepted at a public meeting in 1973, and together, the people forged a vision for the future for the Woolshed.

During the formative years of the Woolshed Association and the development of the Woolshed complex, the light that lit the vision remained strong, and many obstacles were overcome.

At the time, old and historical items were perceived to have little value, and people were happy to donate items to see them preserved or just to be rid of them. From old buildings and machinery to equipment and artefacts, everything was given and was connected with the old Jondaryan Station or its time. The historic complex at the Woolshed grew, and this was reflective of the dedicated efforts of the Woolshed volunteers.

Tourism became the sole source of income and most from one annual event, the Australian Heritage Festival which ran over nine days. Almost everything was provided free of charge and volunteers came in their hundreds. It was hugely successful and provided enough finance to clear the debt accrued each year.

The Woolshed’s volunteer base went from strength-to-strength, and the group nurtured a deep sense of family. Many took their holidays at festival time, volunteering during the day and relishing in the entertainment at night; it was like the old pioneering days which was treasured by all.

What began as the first festival of its kind, was soon adopted by others. Numbers started to decline over the years, and the cost of overheads grew. Inevitably changes had to be made, and there were times when external support and funding was required to keep the Woolshed afloat.

A future fueled by passion…

Today, the Woolshed is owned by Toowoomba Regional Council and operates as a separate entity. A passionate and dedicated team of staff and volunteers take on the role of caretaker and together with the community, they continue to be the driving force behind maintaining and upgrading the grounds. As one of the most iconic venues on the Darling Downs, there is an unwavering commitment to protect and preserve the history and integrity of the Woolshed for future generations.

The People of Jondaryan